Eastern Ear have produced a range workshops in partnership with artists, arts and statutory organisations and many self-initiated projects. We are passionate about providing access to meaningful sound-based activities and contributing to the wider advocacy of experimental sound, listening and sonic arts.

Our workshops are often targeted and alongside a strong practical element, provide a supportive environment where participants can experiment in sound. Wherever possible and appropriate we try and provide a platform for performances and showcases from participants. Workshop projects have included: 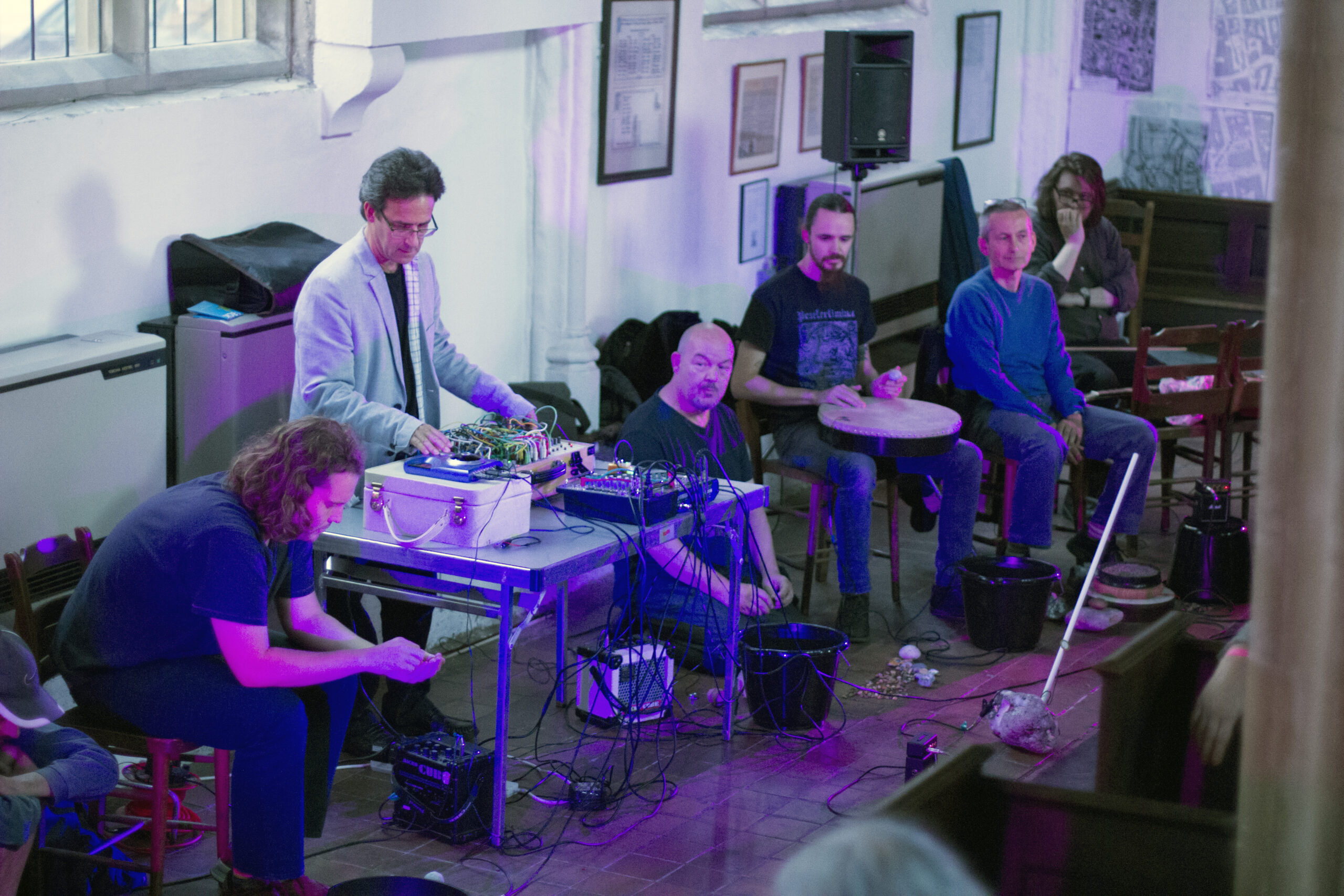 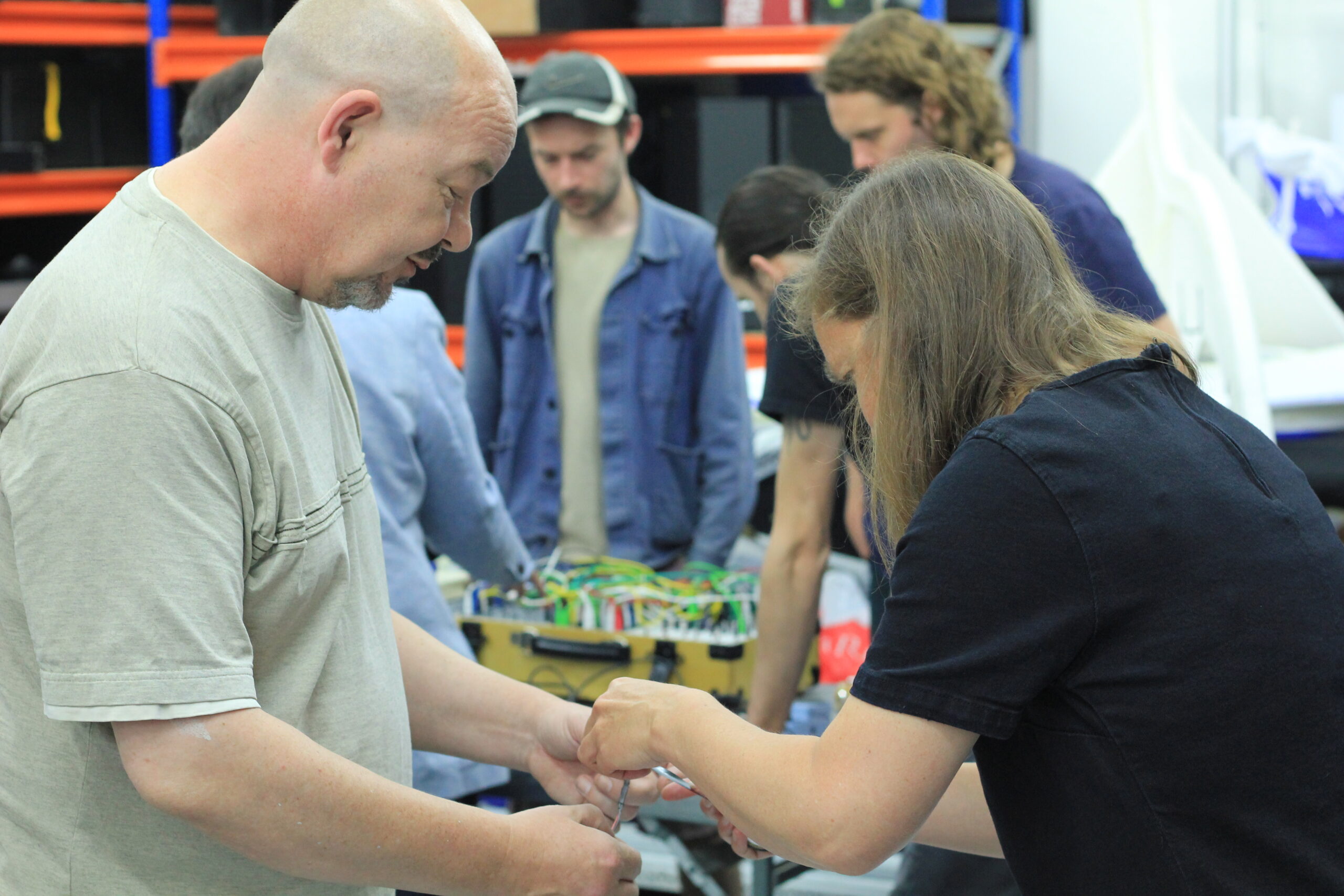 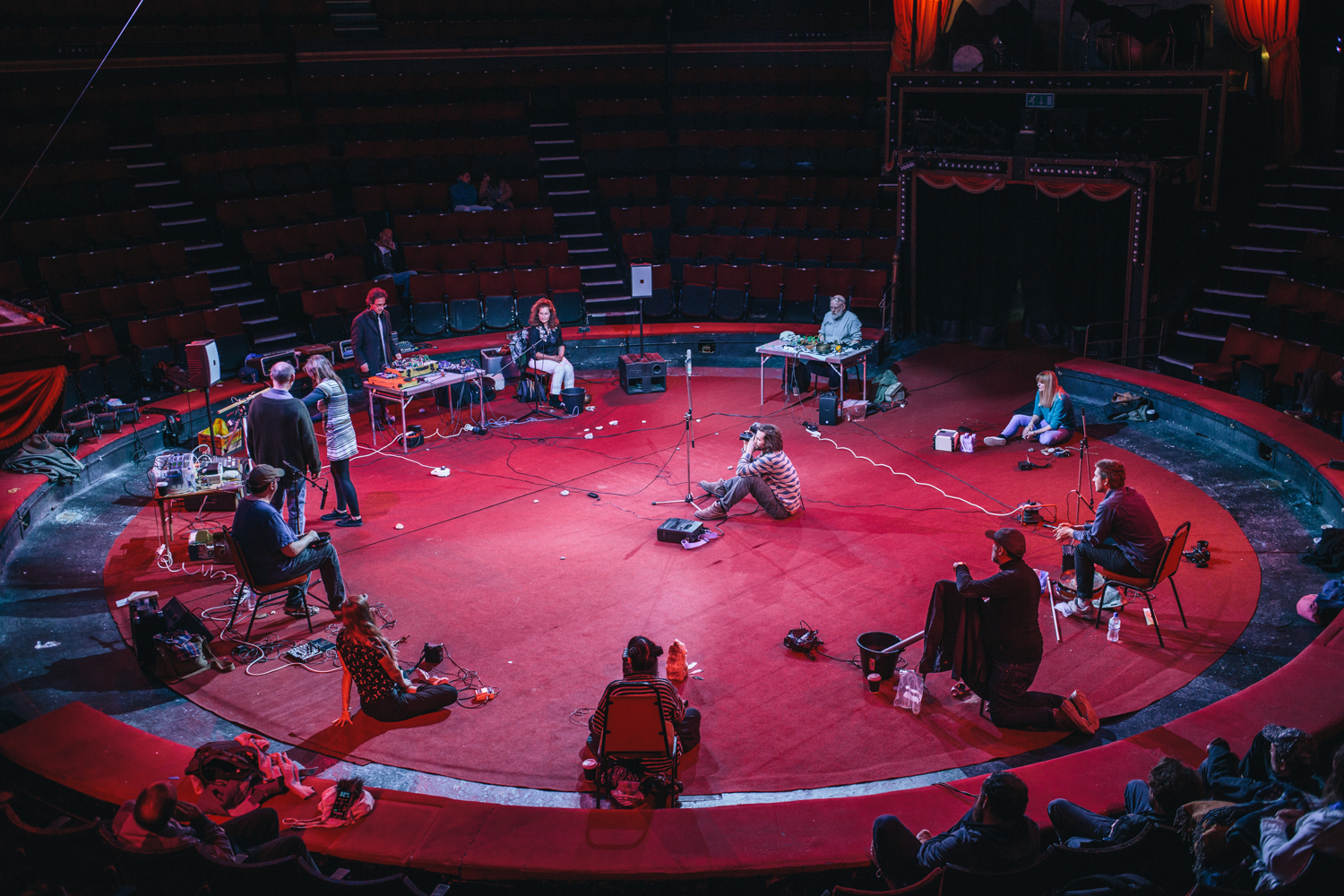 Stones was a workshop produced with electronics improviser, David Ross. The workshop used Christian Wolff's minimal masterpiece 'Stones' as a framework in which to create an improvised electroacoustic performance, using stones at the centre of the sound making.

Participants were invited to explore the potential of producing sounds with stones, to explore performance and collaborative techniques, and to develop a sonic language that could be learned by participants of all experiences and used in a large ensemble performance.

The workshop was part of our two year anniversary event and supported by Norwich City Council's Arts Project Grant. In 2018 we worked again with David Ross to produce 'Stones (and other objects)' as part of YARMONICS, this time introducing other sound-making objects from around Great Yarmouth to be performed in the amazing Hippodrome.
Atari Punk Girls

Working with electronics polymath, Loula Yorke and her then newly established organisation 'Sonitus' we were approached to co-produce a workshop that would provide young girls access to practical and creative activities.

Sonitus' wider aims are to enable greater access and interest in science, technology, engineering and technology (STEM) by young girls. The Atari Punk Girls workshop invited a group of girls to build their own noise-making device (based on the Atari Punk Console) including soldering and wiring components, before developing a group performance to a public audience.

The project not only gave the participants a whole new set of practical and performative skills but provoked an interest in noise music and experimental sound practice. 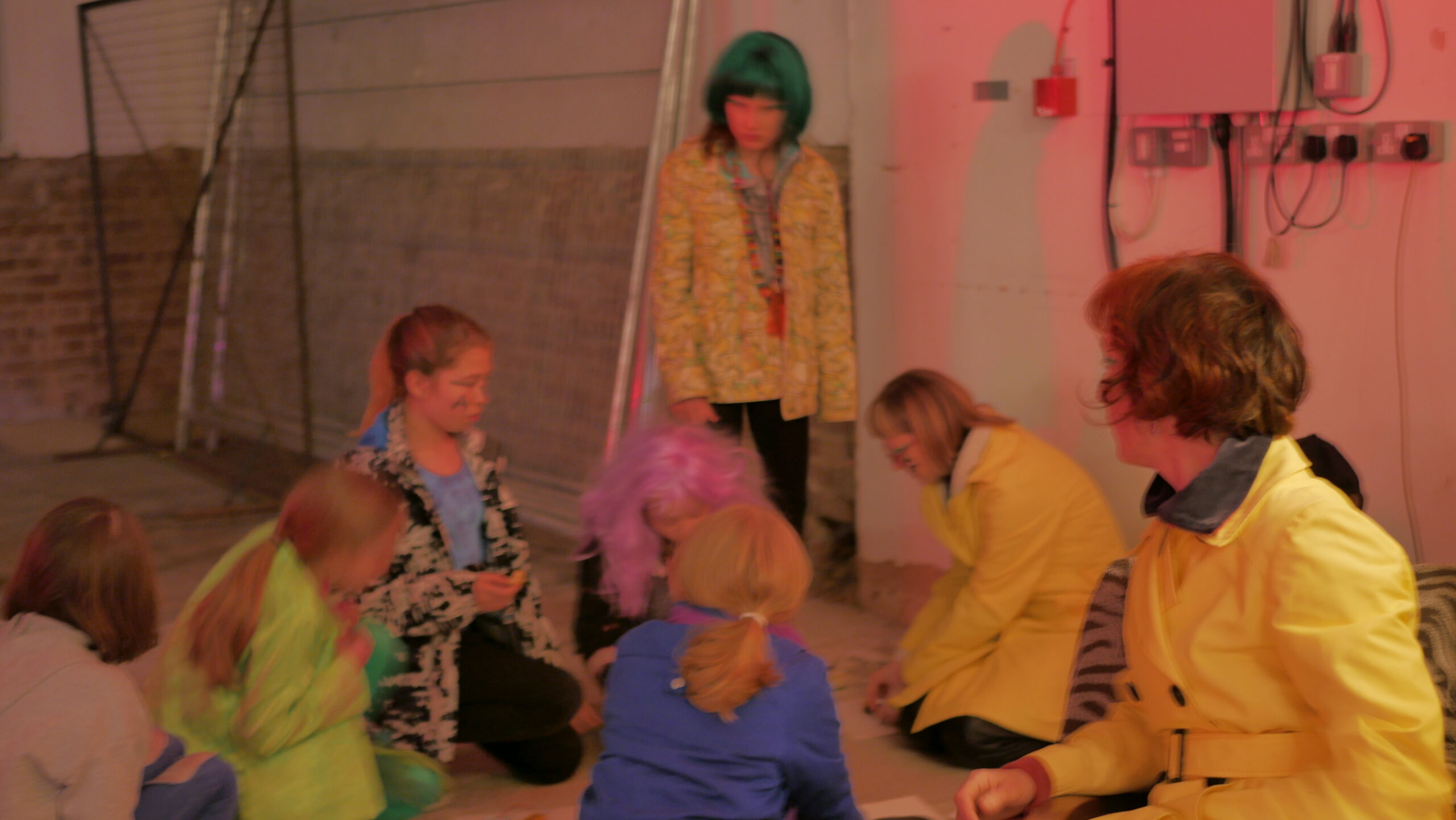 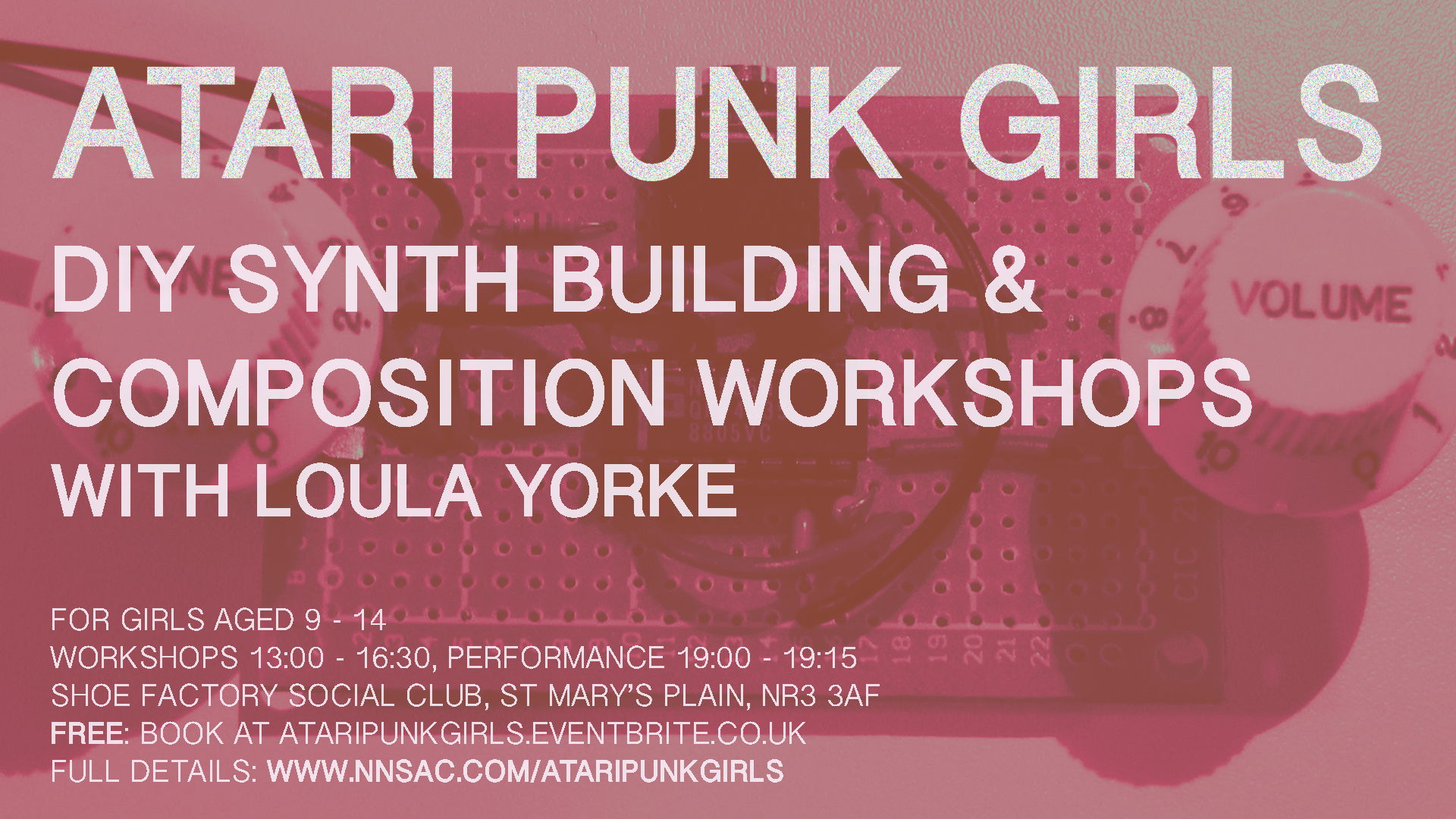 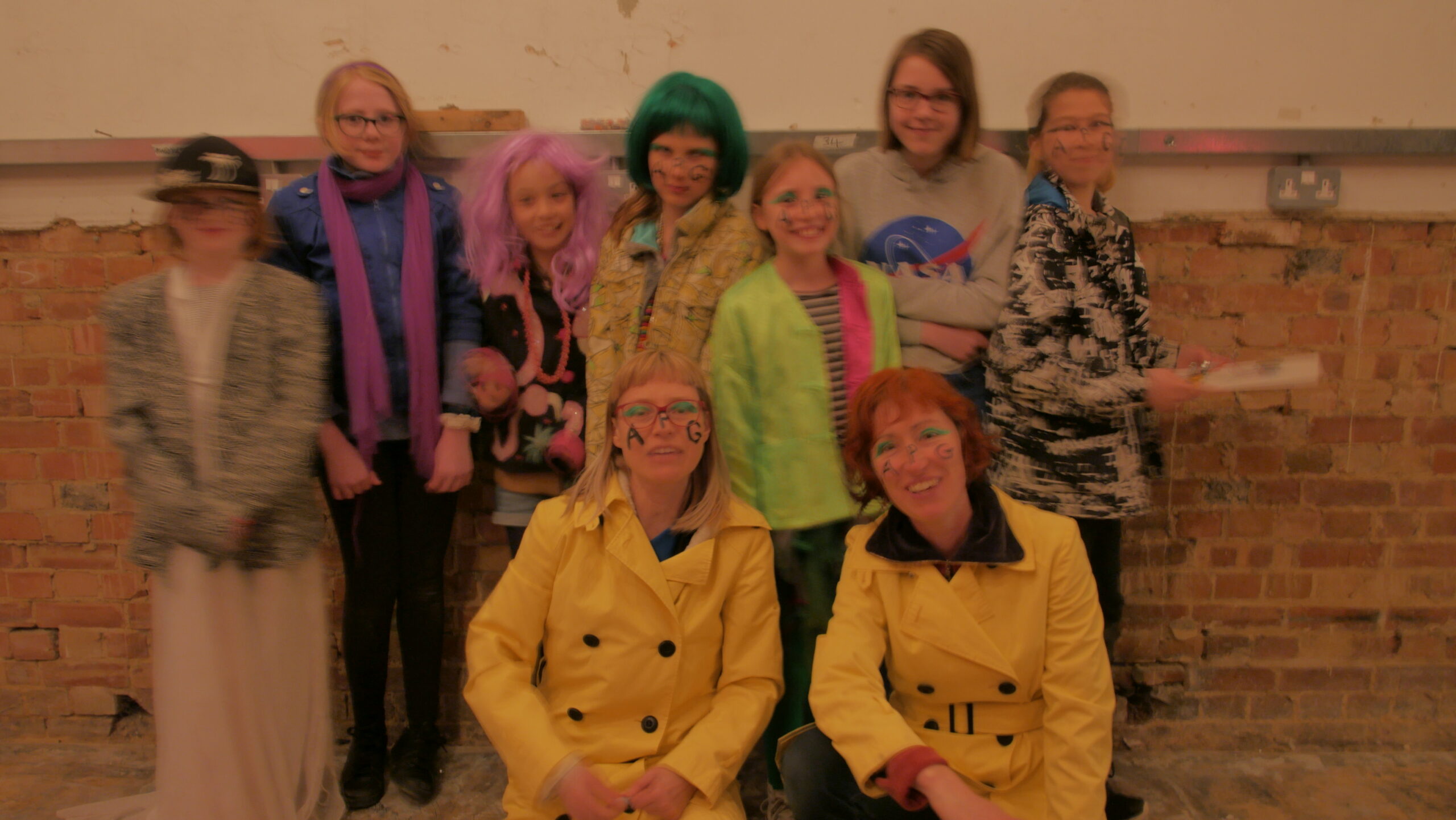 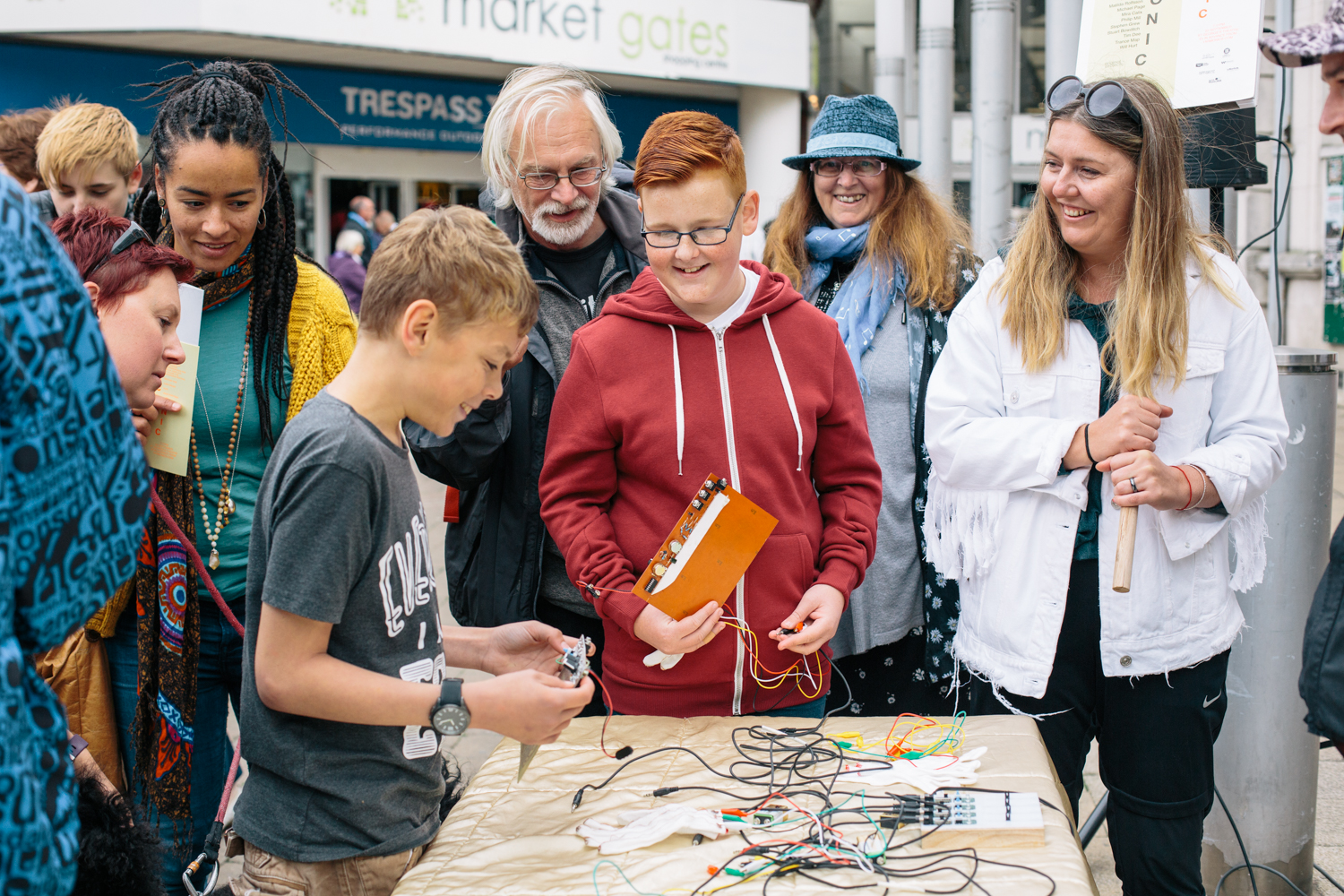 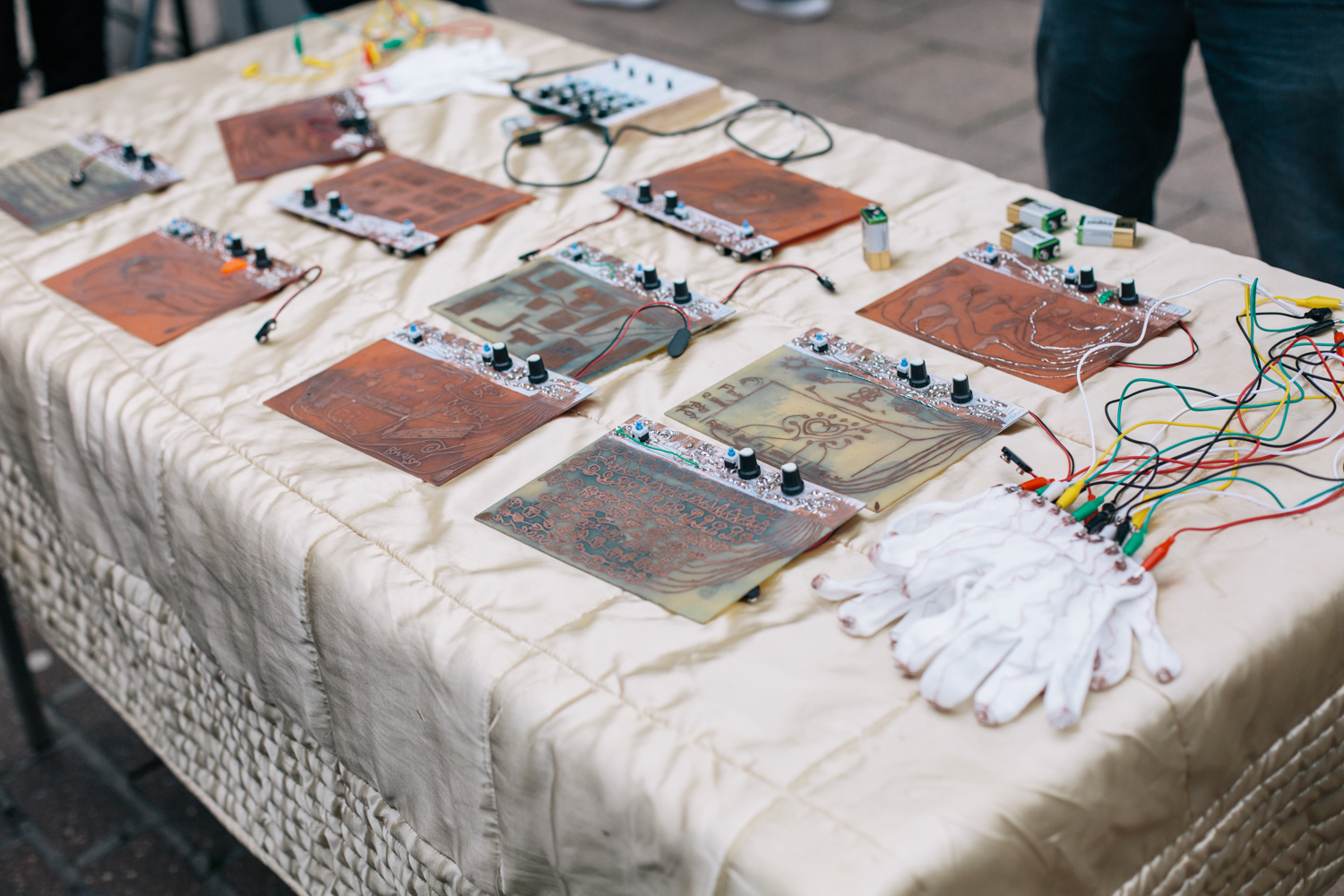 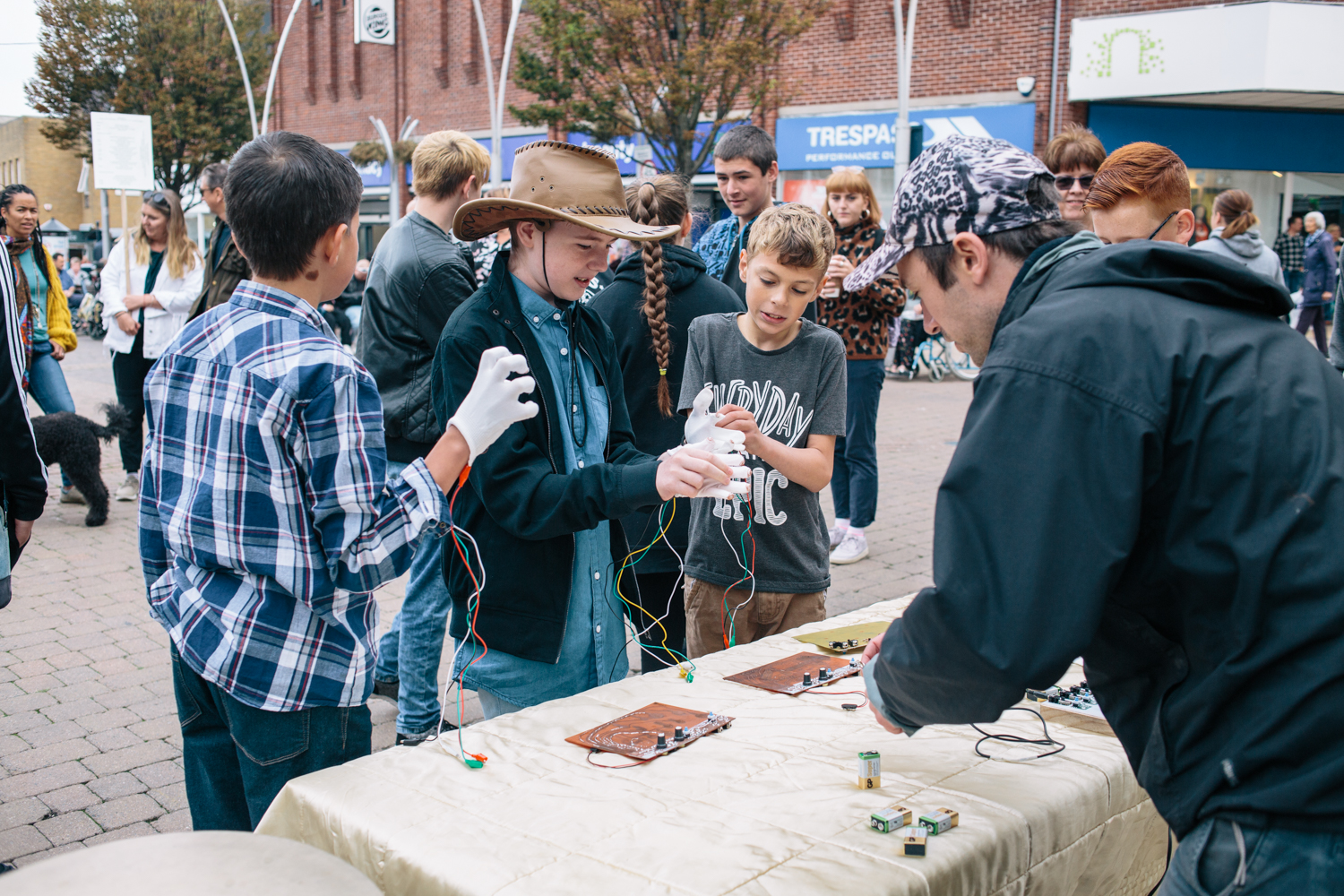 In 2018 we were commissioned by Caister Academy to produce a series of workshops with a group of music students, funded by a Bespoke Music Grant from the Norfolk Music Hub.

The Academy had shown an interest in electronic music production as well as performance methods, two areas that weren't available to students. We were delighted to engage Norwich-based electronic artist Michael Page in developing a brand new instrument that participants could co-design and perform with.

The instrument became the 'GYArp!' (Great Yarmouth Arpegiator!), a primitive synthesiser that allowed the participant complete freedom in designing a bespoke interface. The instrument was then played by a pair of eccentric but entirely functional gloves, players were then fed into a central mixer.

The group performed an amazing improvised piece in Great Yarmouth market place as part of YARMONICS, conducted by Michael Page and joined by Tazelaar Stevenson on electronic percussion.
Mutant Bagpipes

Continuing our relationship with Michael Page we approached him again to work with a group of students from Jane Austin College, commissioned by the Norfolk & Norwich Festival (NNF).

As part of NNF's participation and engagement programme they wanted to offer schools and colleges the opportunity to explore creative activities that might not be available to them, and to introduce them to new genres and mediums as to increase appetite for the annual arts festival.

Not entirely unlike the 'GYArp!', Michael's Mutant Bagpipe synth is an instrument designed to played in a large ensemble and has a wonderful interface that uses human touch and pressure to dictate its' output, meaning performance could rely on intuition and instinct rather than a particular musical language or knowledge.

Although there was no opportunity to perform with the devices publicly, participants were able to take their instruments home to play. 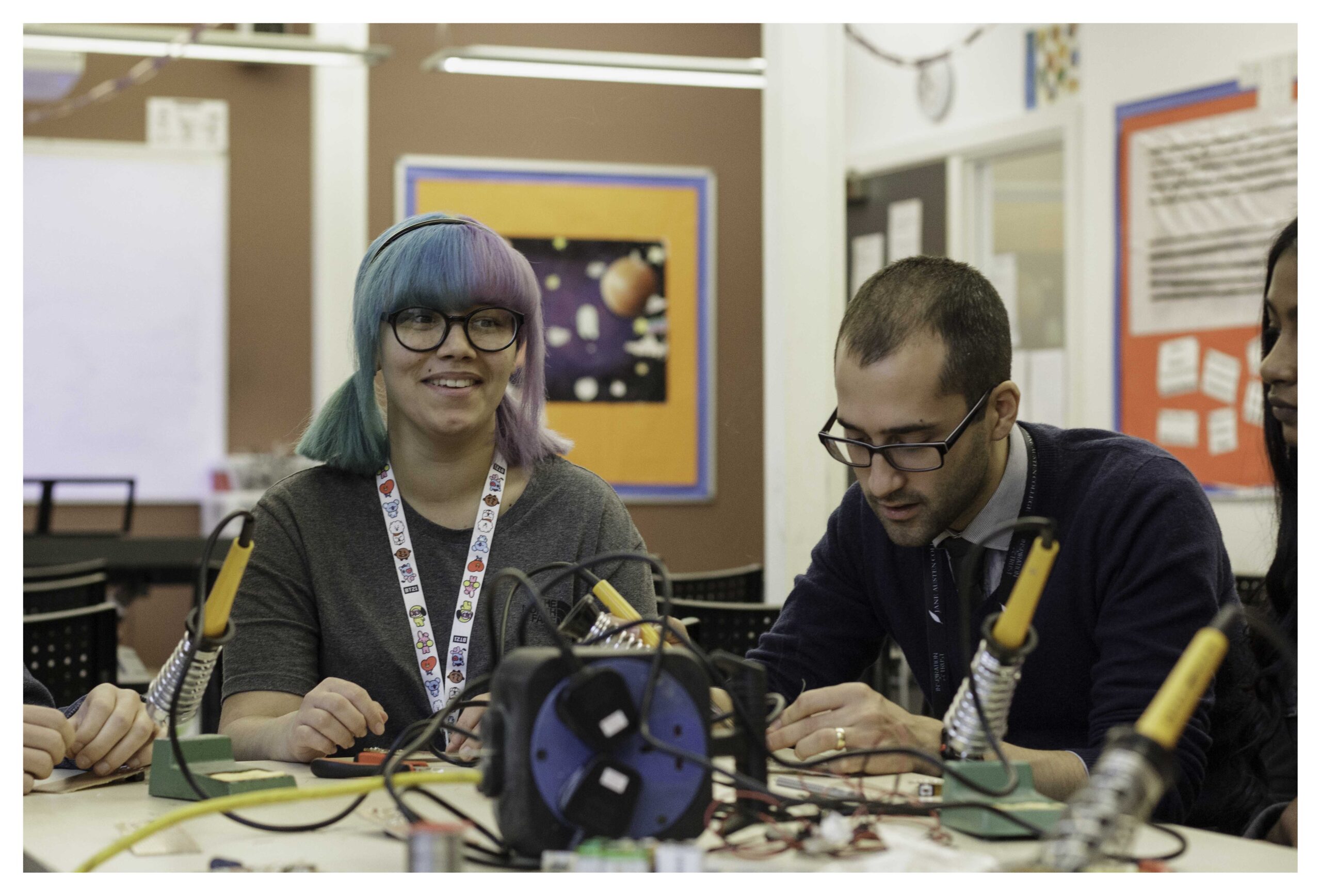 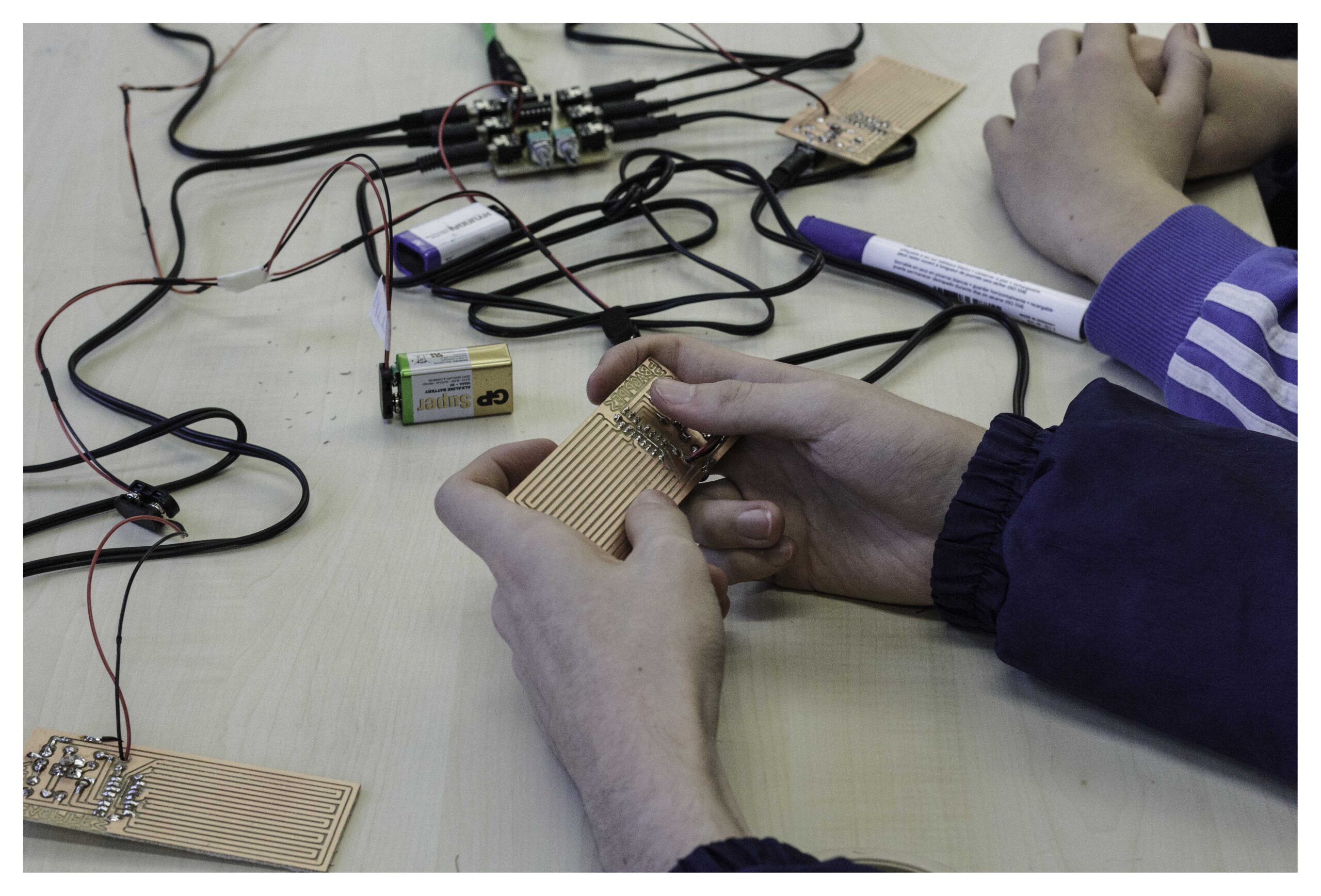 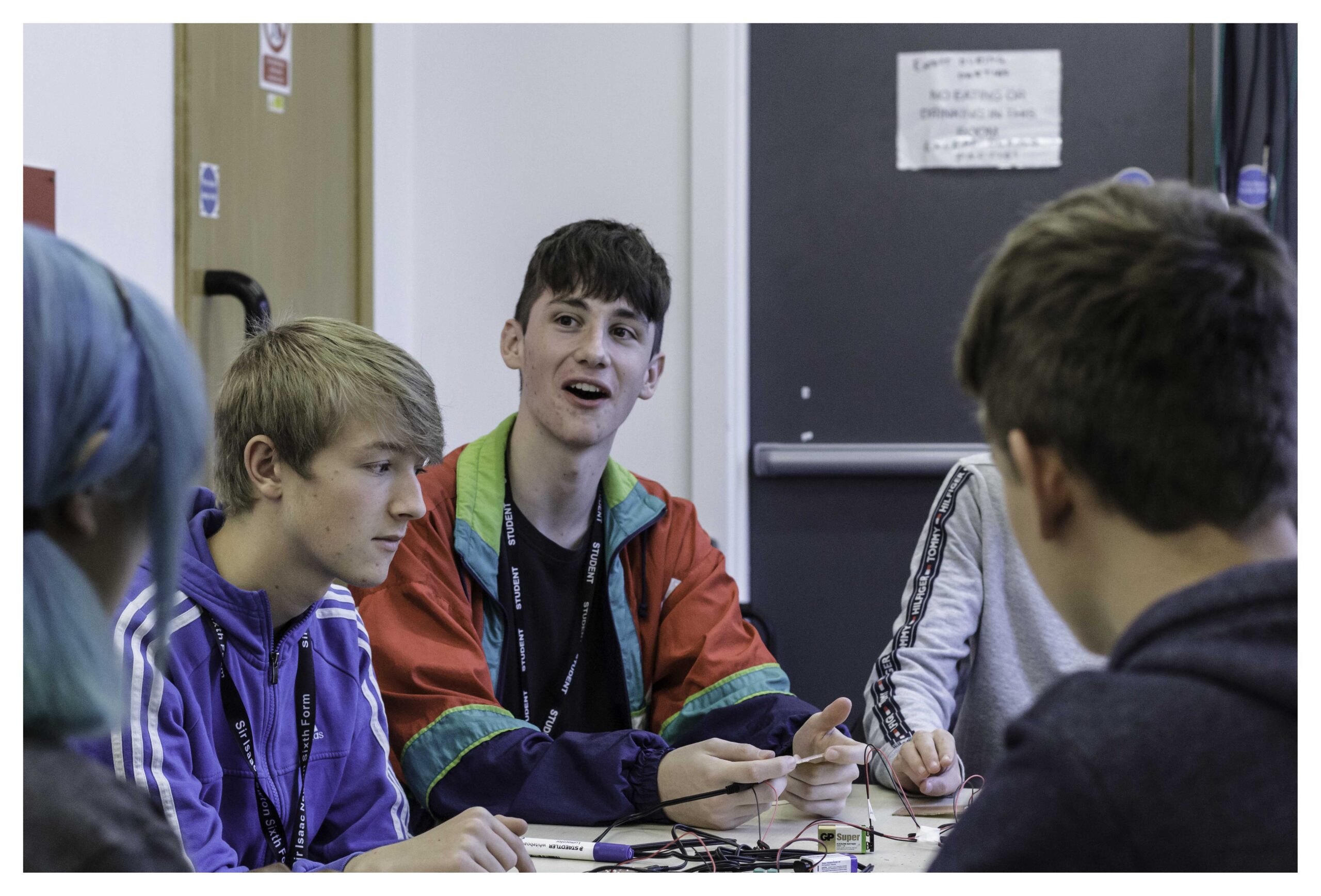