As well as live events, workshops and festivals Eastern Ear produce and support gallery-based work by artists working in sound.

Our two largest projects - described in detail below - have consisted of an immersive audiovisual installation and a large scale showing of spontaneous drawing and mark-making, accompanied by archival projections.

Alongside our own productions we are keen to support artist working with sound in showing their work. We are able to provide resources, practical and promotional support to artists looking to show their work in East Anglia

''During my visits to Andy's place over the years, I slowly became aware of the proliferation of tiny found-object constructions inhabiting home-made Perspex shelves, neatly installed between large panes of secondary glazing within his workshop windows. Andy is the 'Faberge' of the found-object. He fashions discarded everyday ready-mades like buttons, washers, batteries and pins, into things of rare beauty.

He creates emotive objects full of charm and invention, solely from detritus collected in the street. Having spent much time playing music together, I couldn't help but see the objects as being imbued with Andy's unique musical sensibility. The feeling to want to respond to these inherently musical objects came very naturally to me. As an experiment, I asked permission to photograph the pieces to use as reference material for composing music at home, just to see what might happen.

Because of their fragility and miniature size, the objects had to be photographed in-position, 'at home' on their Perspex shelves. The resulting images inspired the creation of 44 audio 'portraits' composed with control-voltage electronics. The music was generated using a prototype non-linear 'Jump-Step' sequencer as the primary control-voltage source, processed through a self-designed time modulator called the 'Davestation'. Contrapuntal evolving rhythmic/harmonic structures created within the Davestation describe a single shifting centre of gravity in a state of continual rebalancing, as an expressive analogue to the physicality and personalities of the objects.

Unexpectedly, I found that I had become quite fond of the reference photographs themselves and after sharing the images and audio with Andy, we both agreed they should be presented in combination. Shelflife presents 44 motionless short-films combining audio with the image of the object that inspired it. The films are divided between 4 suitably small monitors facing inward to each other. There are blank interludes of different durations inserted into the randomly shuffling programme on each of the displays to ensure that different combinations of the material are presented over time.

This creates a collective, randomly evolving sequence-like behaviour to events, in character with the nature of the audio. Curiously, you may notice these still images appear to start moving a little, as you look and listen. Visitors can utilise available breakout headphone sockets installed into the display posts to isolate a chosen source for closer listening, if desired. The displays were created, like the objects themselves, from recycled ready-made materials''
- David Ross 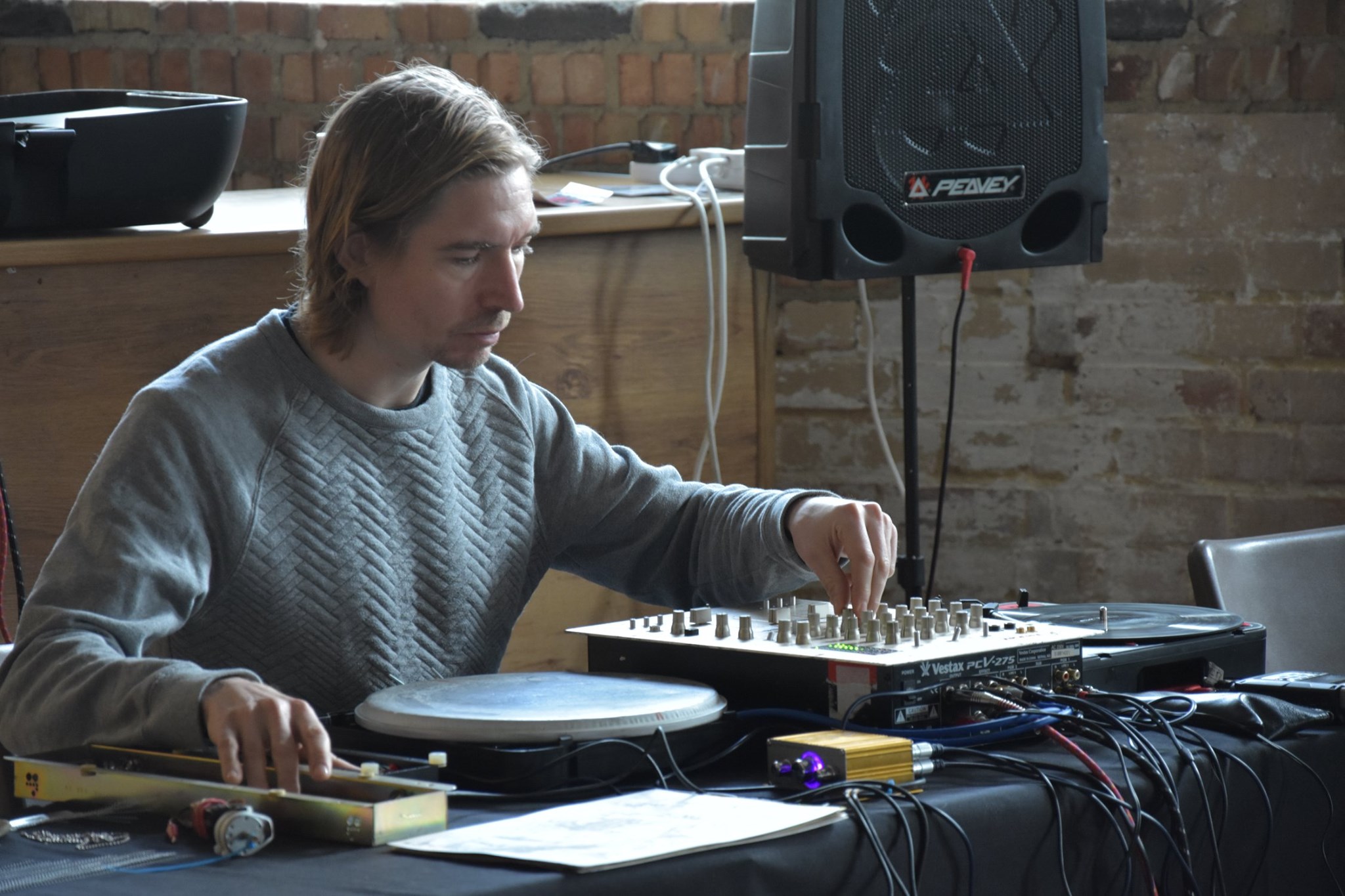 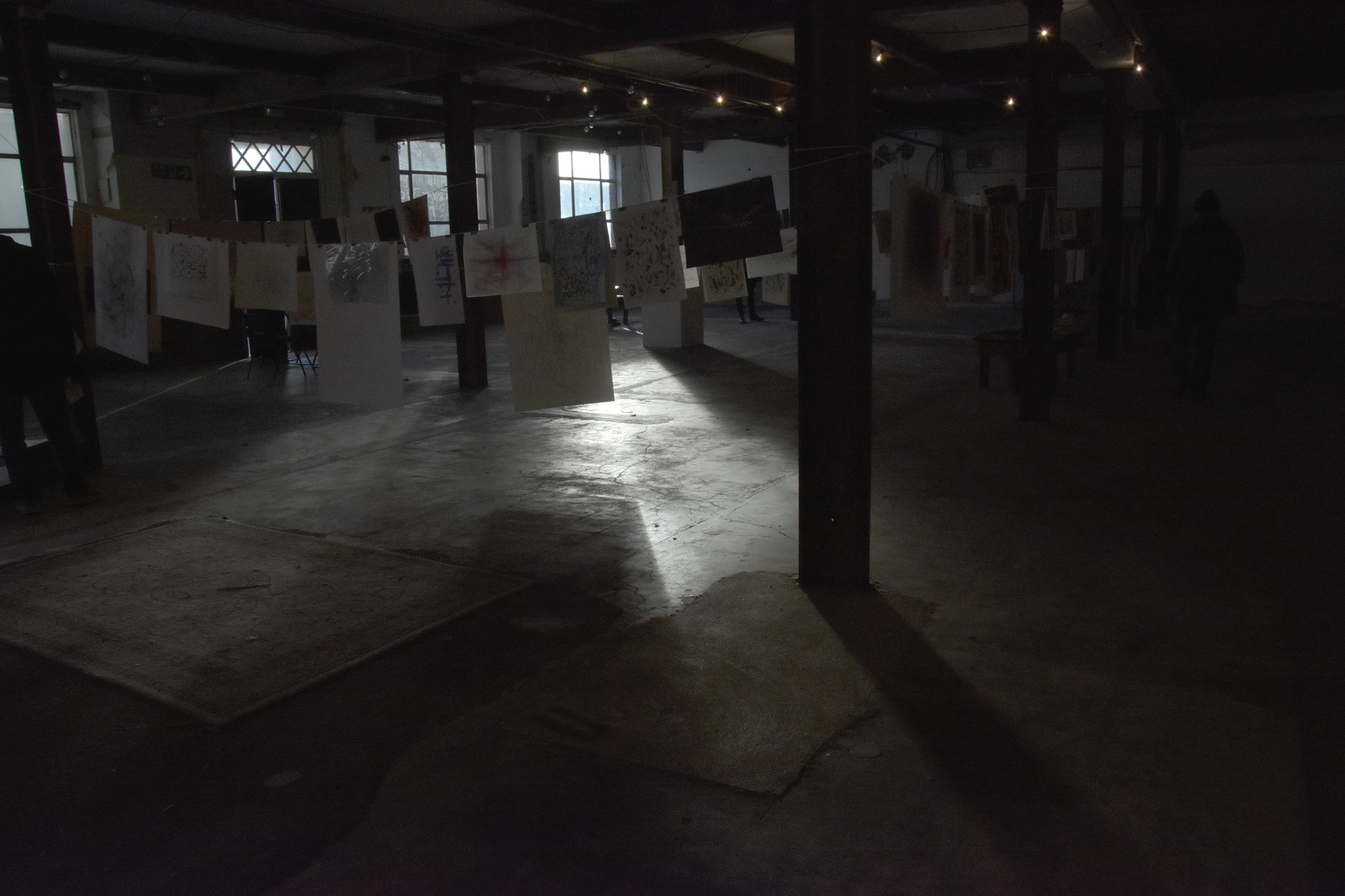 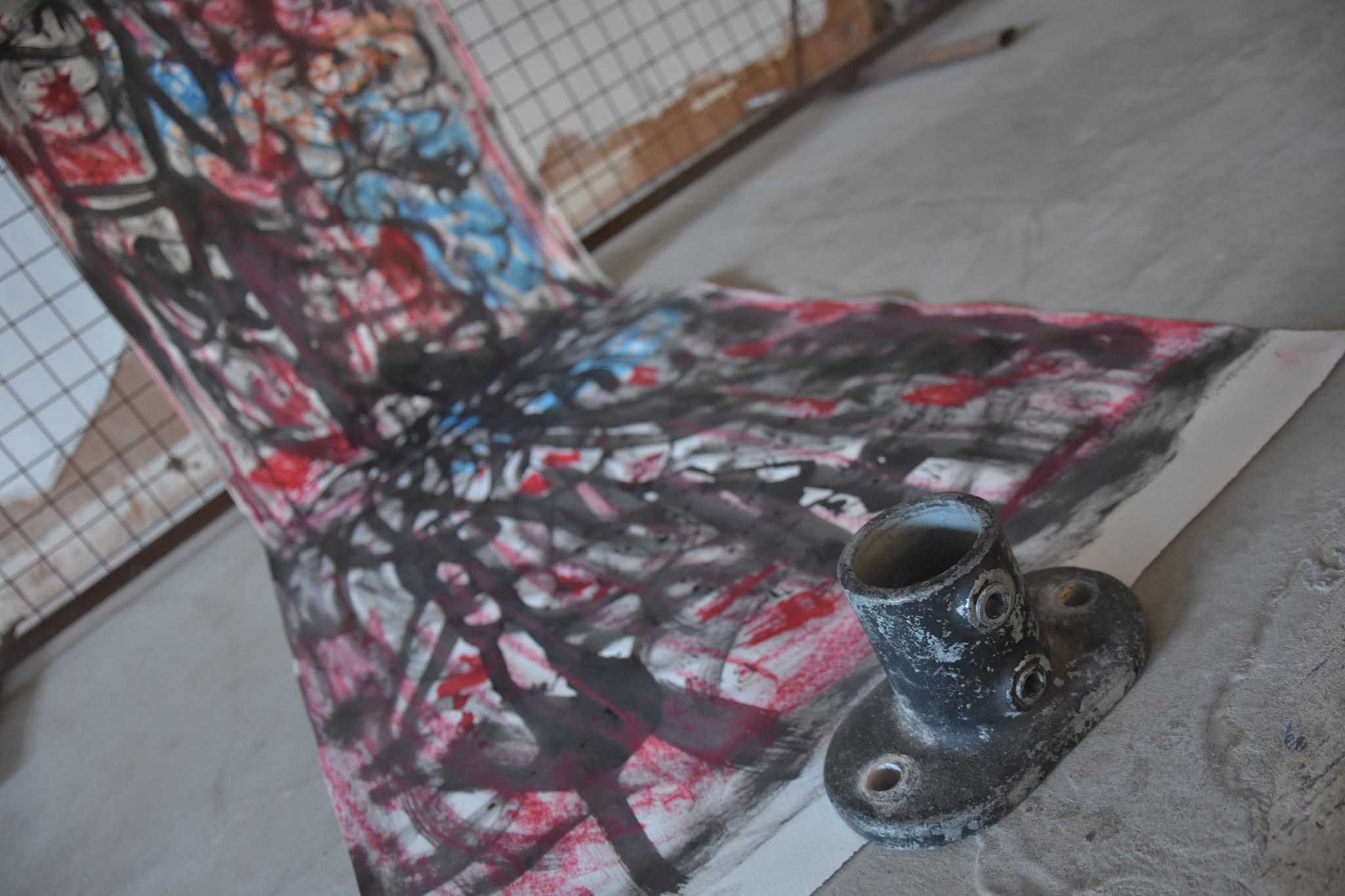 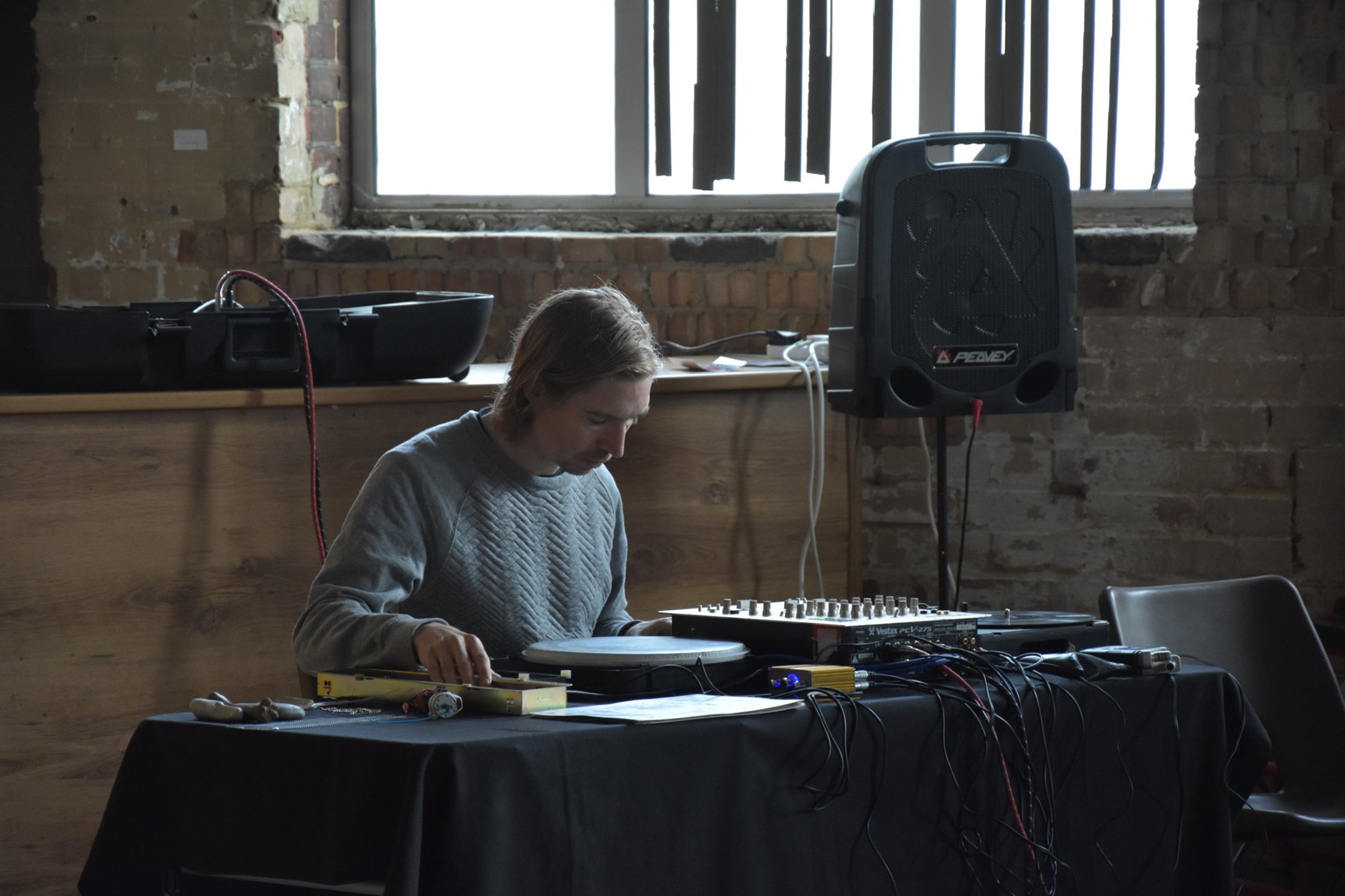 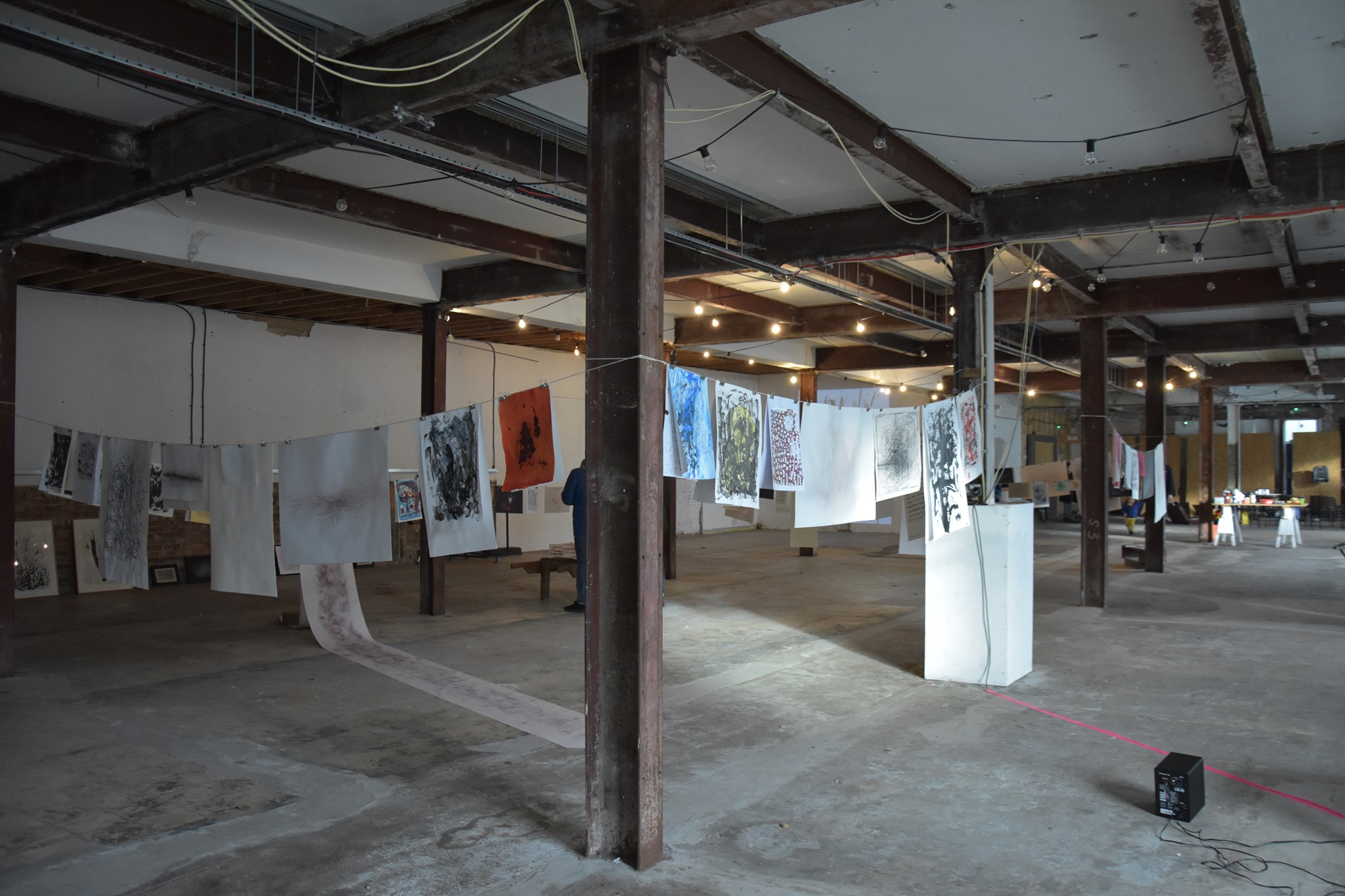 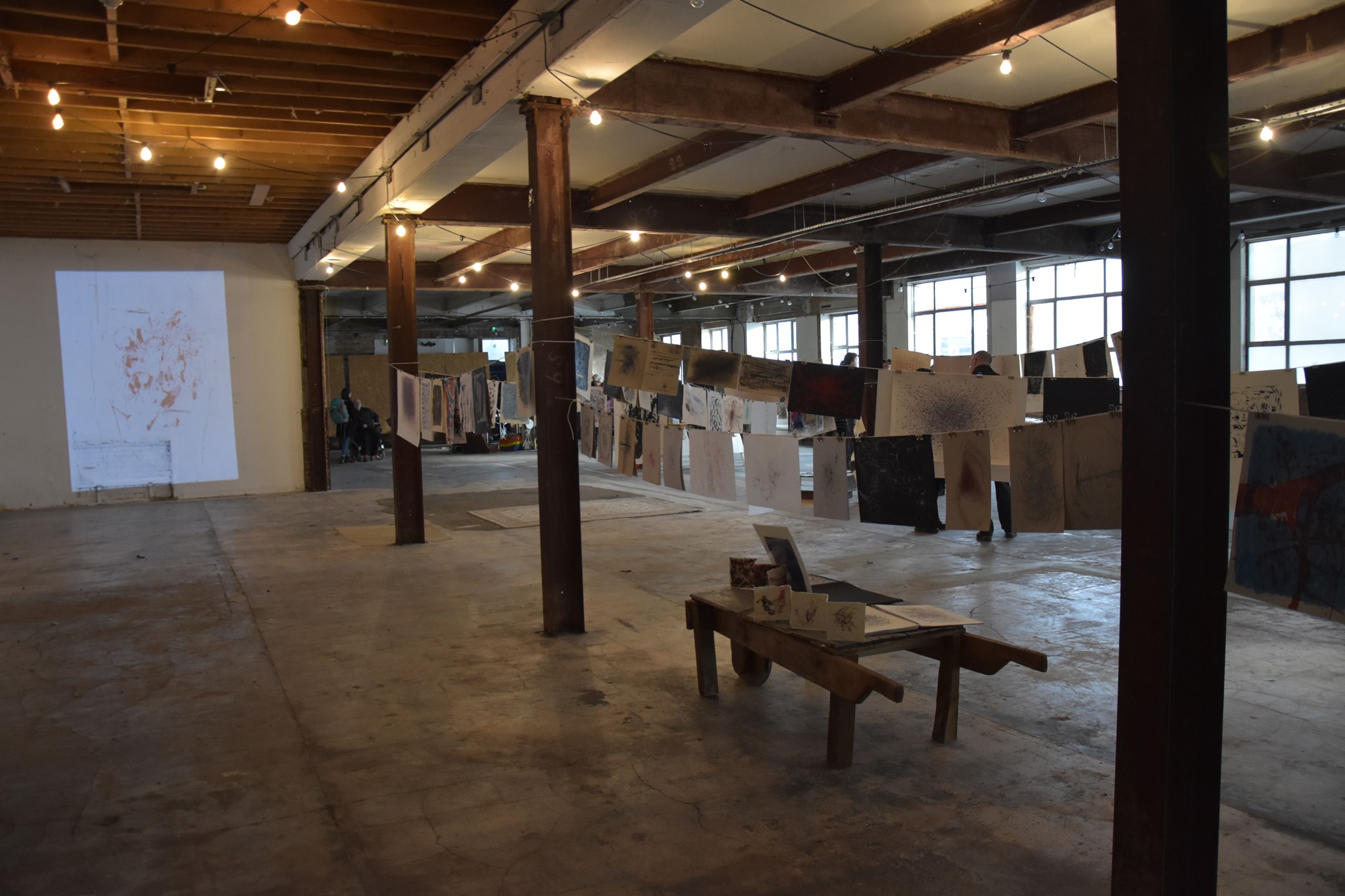 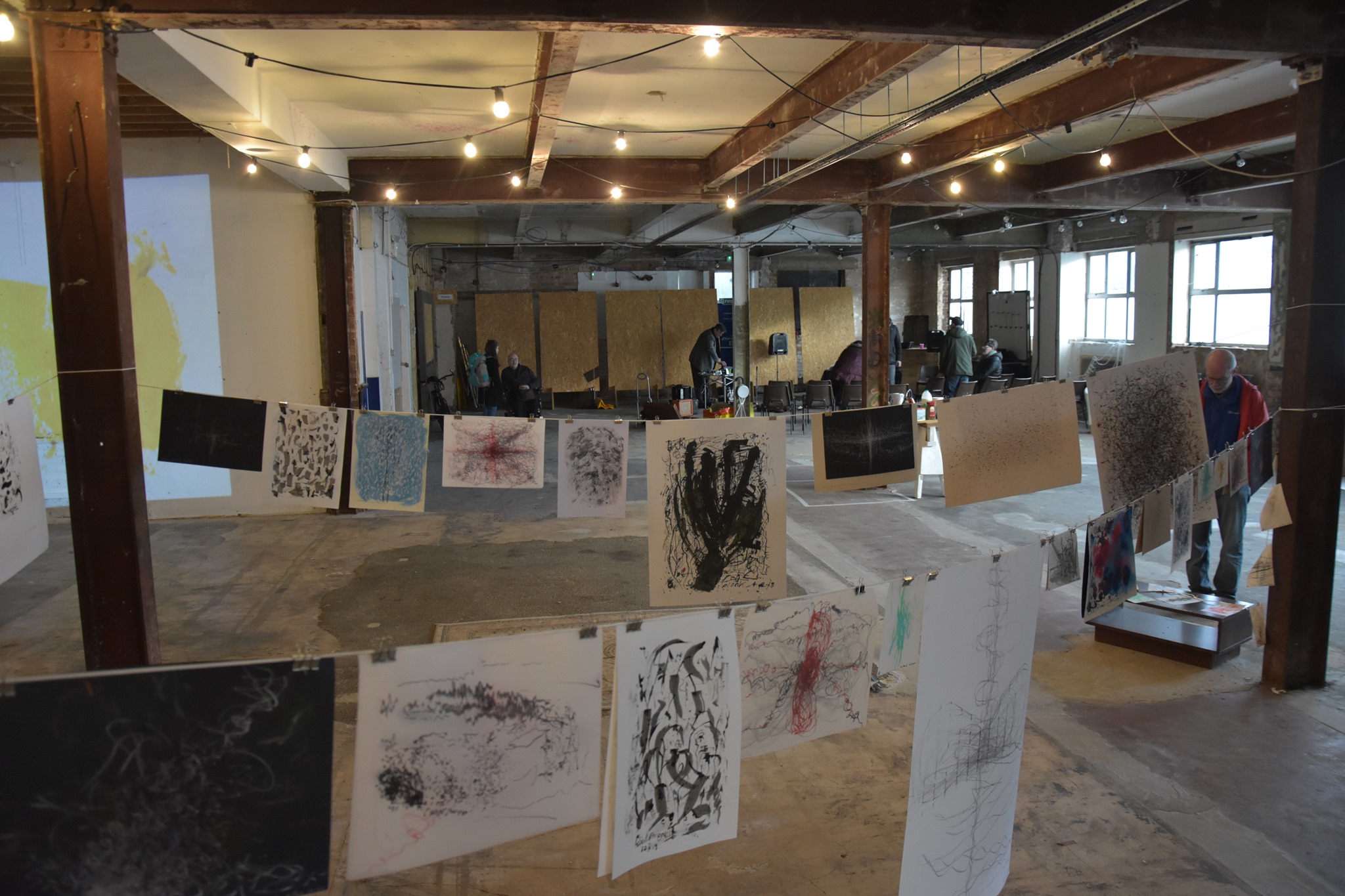 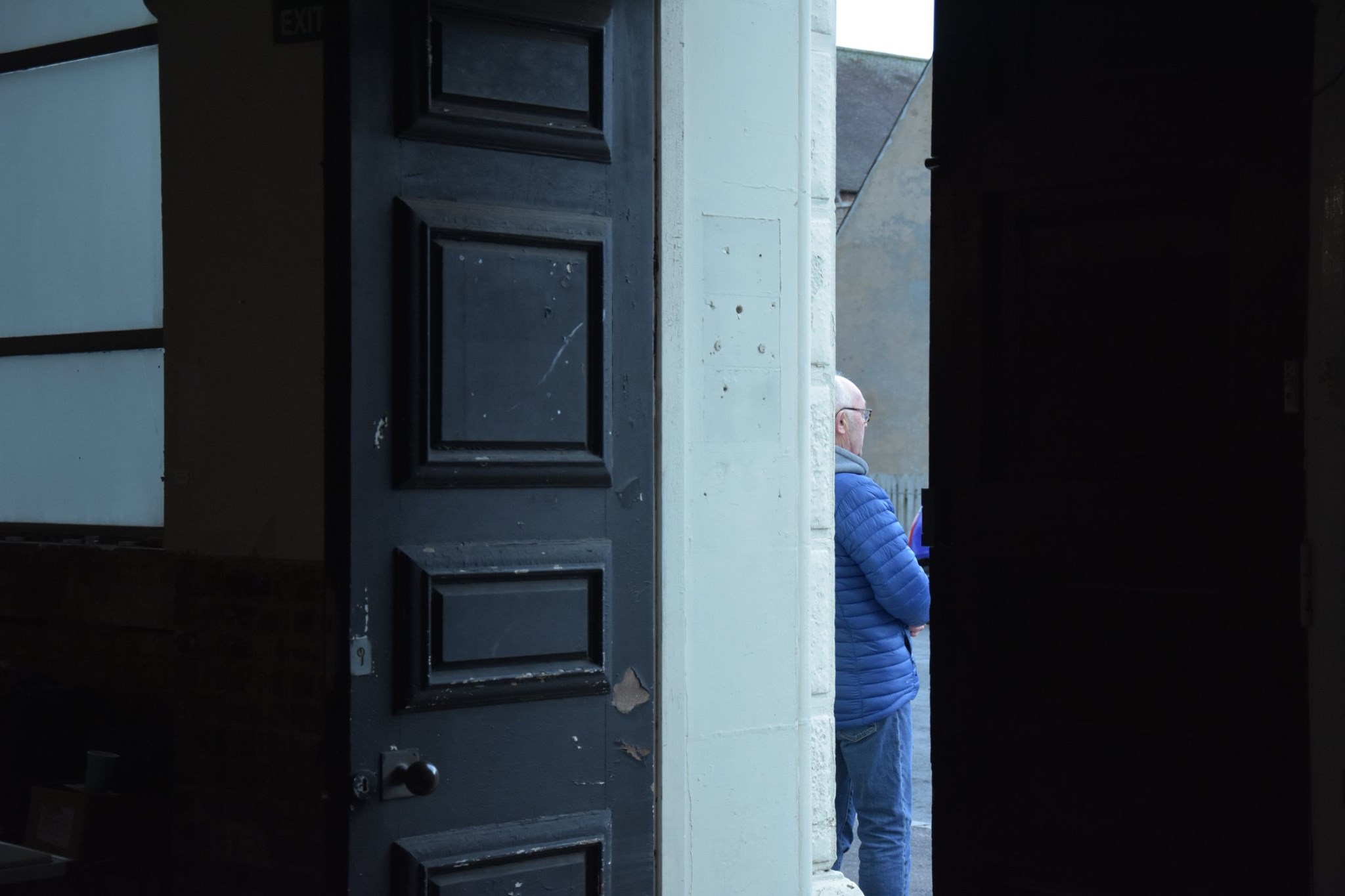 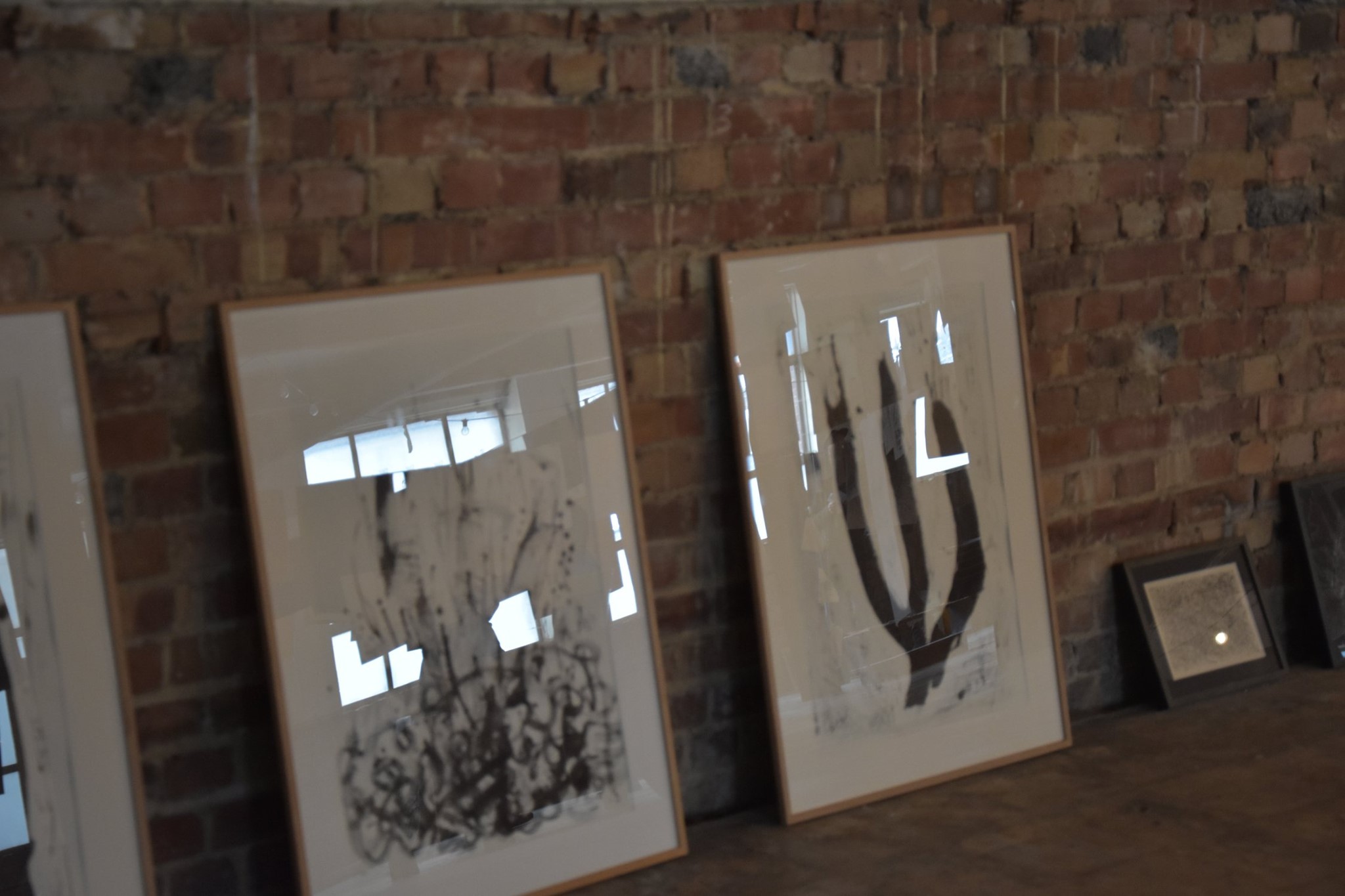 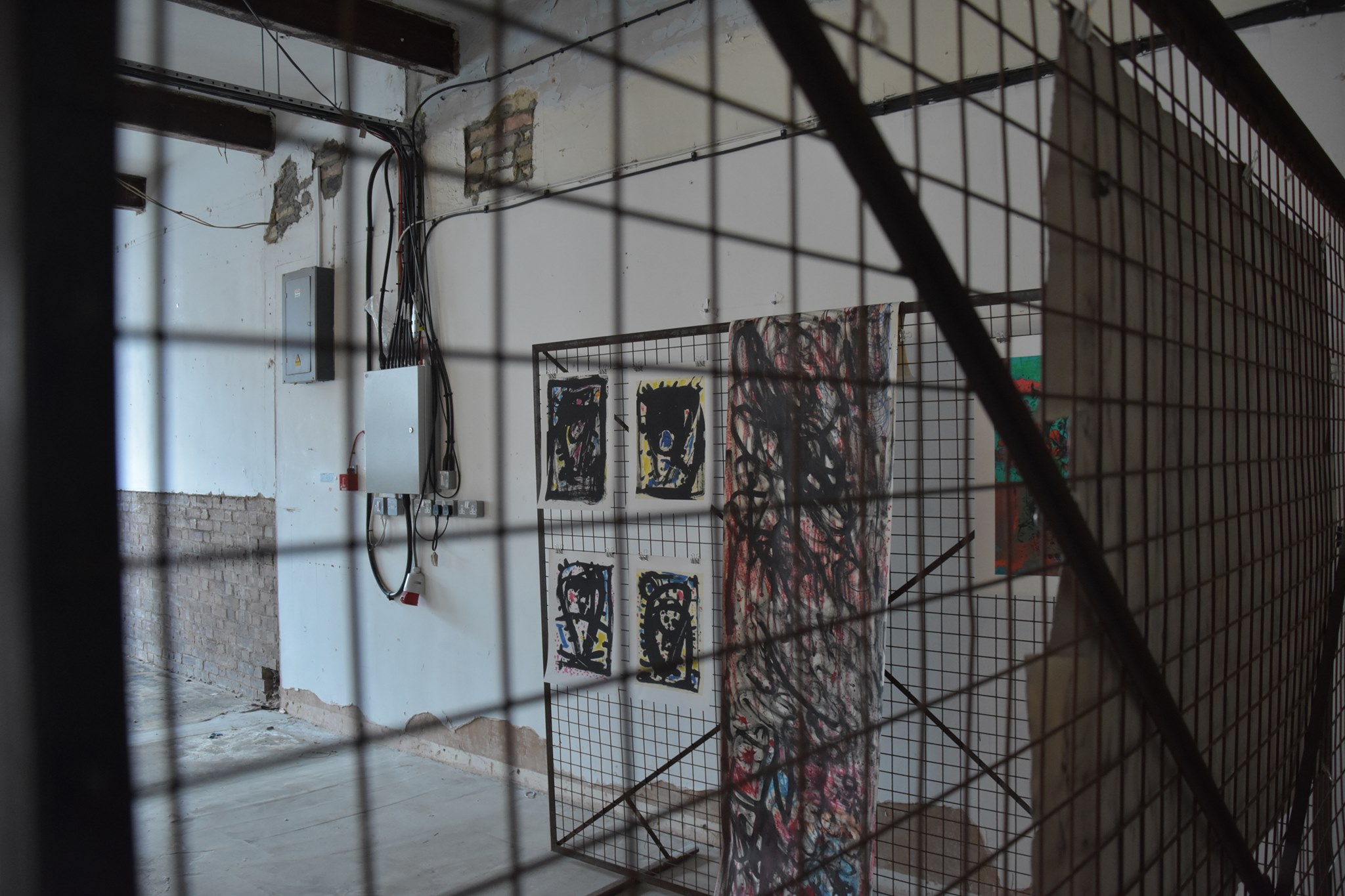 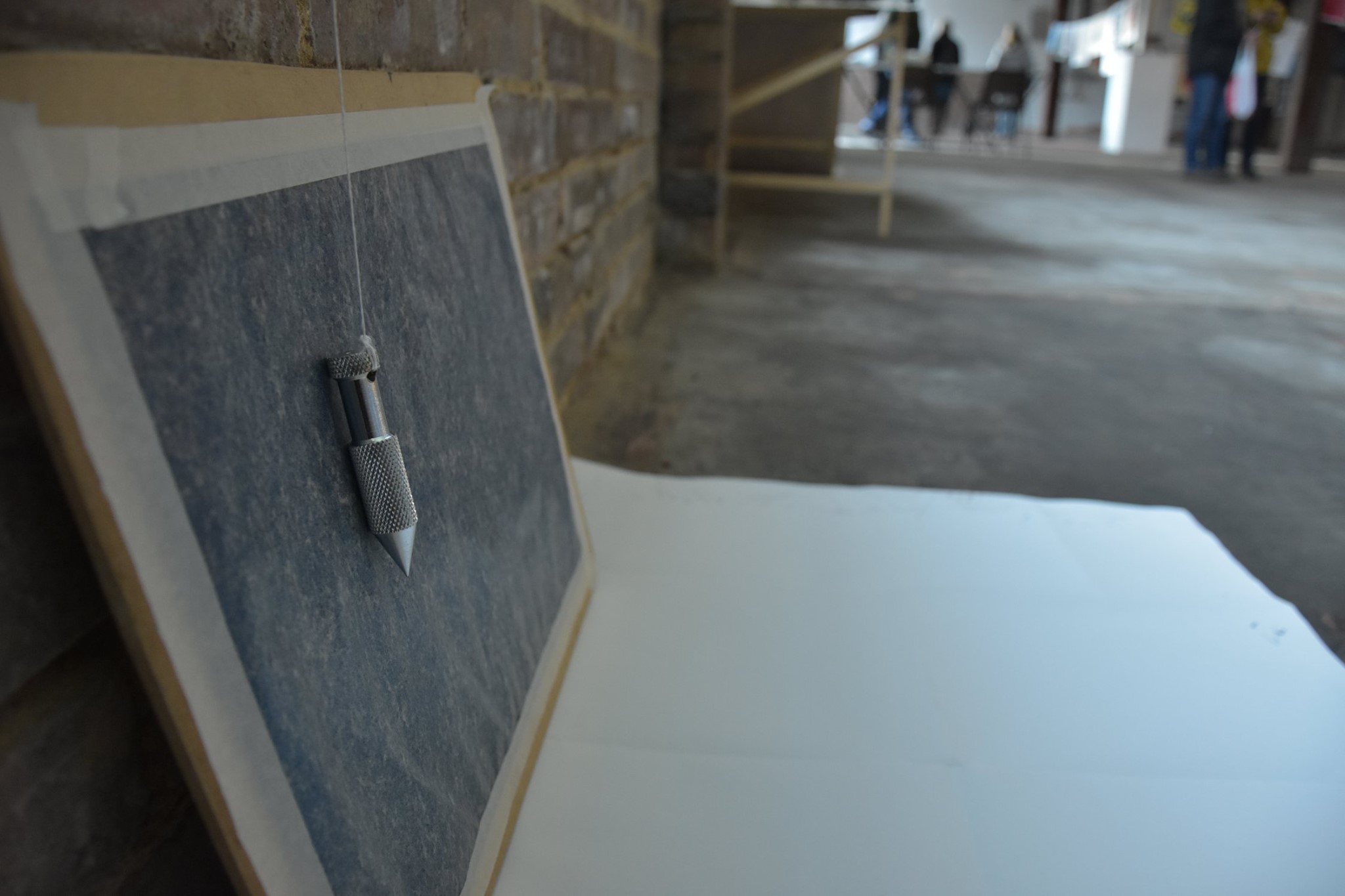 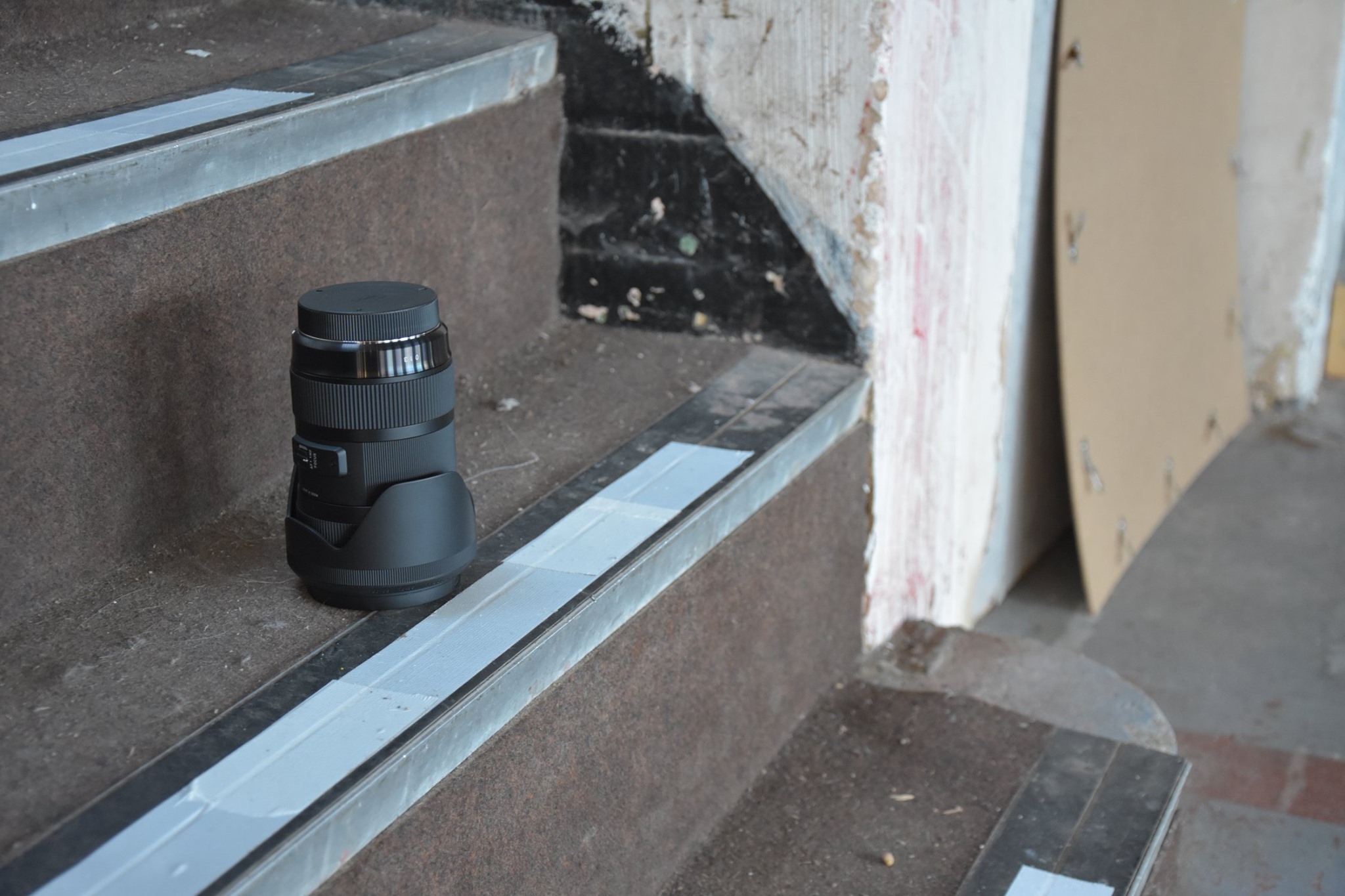 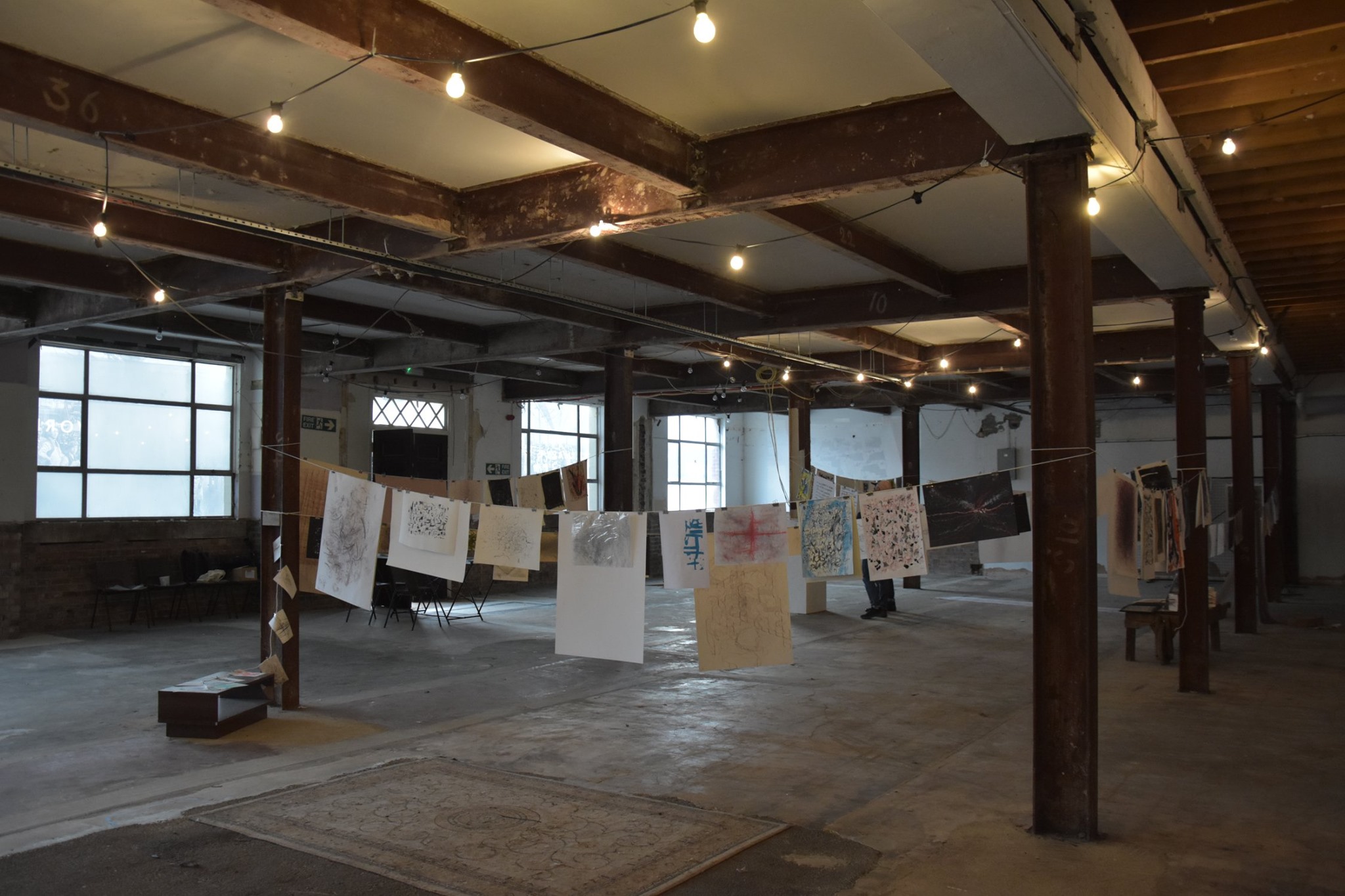 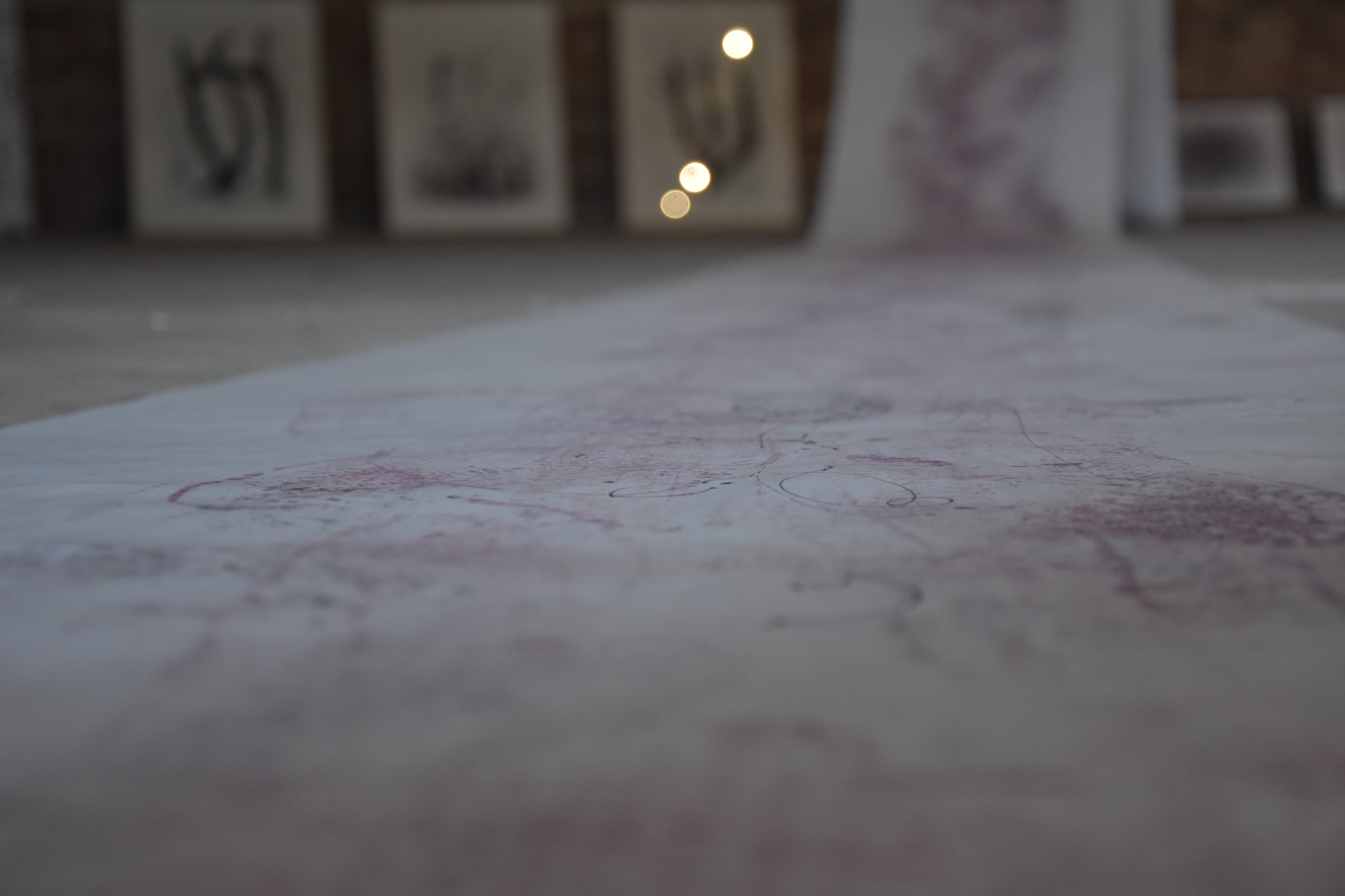 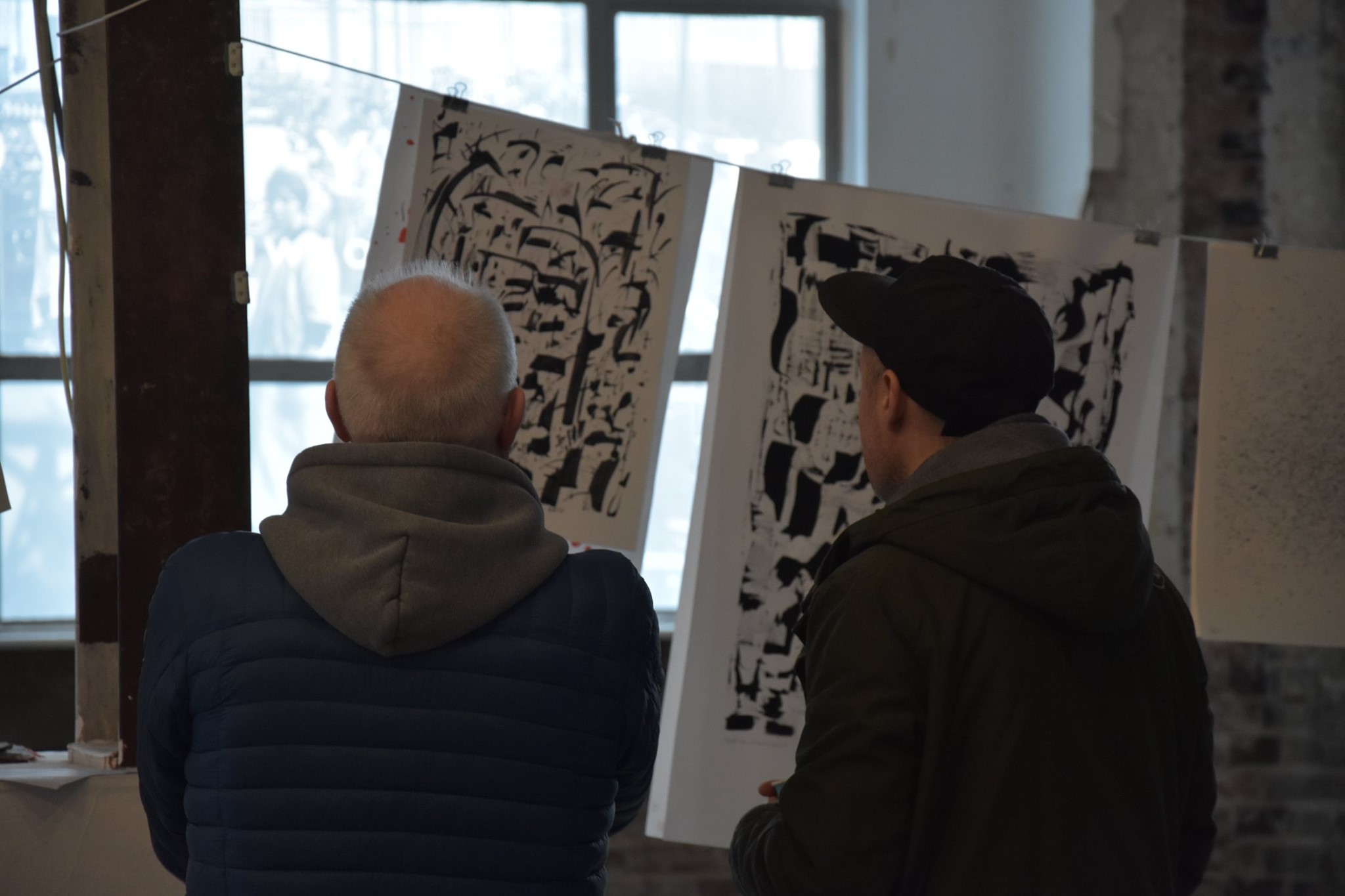 Laure Van Minden and Paul Levy present a series of drawings, paintings and projections created during participating in 'The Plank'. 'The Plank' is a fortnightly accessible improv workshop facilitated by the Eastern Ear. The sessions consist of part structured activities and part group improvisation.

From 2017 - 2019 Laure and Paul have created visual responses to the music and sound, often contributing sounds themselves through their drawing processes and equipment. This show presents a unique insight into the development of the artist's practice within the sessions, producing visceral documents from real-time visual responses and beautifully crafted artworks alike.

On Saturday 8th December evening we hosted a special Plink Plonk where Graham Dunning and  our own PLANKESTRA, responded to the artists work,